(Braton to Farwater for coaching me on this piece as well!)

While the focus of Belgic tradition has been on both Gaulish and Germanic praxis and worldview, this next entry will be more on the Gaulish side, pertaining to a possible concept analogous to:

There are no direct attestations of Gaulish terminology pertaining to land-spirits, house spirits, or guardian/familial spirits. At most, we have the concepts attested in practice, but with ‘foreign’ language. However, upon further examination of the Proto-Celtic term *skālx-slo-/*skāxslom (‘demon, supernatural being)[1], we may see an indigenous term for these concepts that was lost to time only to be rediscovered.

The first word ‘Scál’ is attested in Baile in Scáil, in which Conn of the Hundred battles encounters a ‘phantom/being’ who introduces themselves as the god Lugh. In this scenario, the word has connotations of both ‘phantom’ but also perhaps ‘giant’ or ‘hero’[3][4]. Here, ‘Lugh’ and his female companion (the sovereignty of Ireland) foretell the future of Conn’s rule and those after him. The implication here would be that a ‘Scál’, in the capacity of a phantom, would function to tell of a future outlook (fortune, doom etc).

The second word, ‘Yscawl’, in the capacity of hero or warrior (or even just being/supernatural being) is not well attested, but not without reason. The word ‘ysgol’ (ladder) comes from Middle Welsh ‘Yscawl’, and is a borrowed word from Latin ‘scala’[5]. It would make sense then if ‘Yscawl’ lost an original meaning of ‘hero, young warrior’ in favor of the new loanword (scala) instead of having a homonym, and thus transferring exclusivity to ‘Cawr’ for giant/hero.

To further solidify evidence of this concept as indigenous to Celtic speaking people, we can look at Gothic ‘Skōhsl’ (demon), possibly from Proto-Germanic *Skōhslą as cognates to this term[6]. The term ‘Skōhsl’ shows that a reflex of the word was in use on the continent and carried at least one meaning that was the same as in Irish, in this case ‘phantom/demon/spirit’.

‘Skōhsl’ was also used as a translation of δαιμόνιον in the New Testament for Gothic, which points to a more sinister connotation to be sure. However, the use of ‘Scál’ and ‘Yscawl’ in Insular Celtic languages point to a meaning equatable to the meaning of δαιμόνιον prior to Christianity’s dominance in the Mediterranean. It isn’t impossible to think that the root of these cognates transformed separately and kept the same meaning of ‘otherworldly being’, but it is also a possibility that this may be a borrowing from Gaulish or another Celtic dialect into Gothic, as has been done before[7][8][9]. It’s of note that ‘Skōhsl’ is the only certain cognate for *skālx-slo-/*skāxslom (as well as Scál and Yscawl) in any Germanic language.

If we were to adopt the Proto-Celtic extrapolation of *Skāxslom into Gaulish, it would look as thus:

It must be noted, that ‘Scál’ is a neuter word, and transformed when the prefix Ban- (woman) and Fer- (man) was added to it, giving it a mundane meaning instead of supernatural[10]. Therefore, it’s the recommendation of author that the neuter options be used for denoting otherworldly being in general (Scâxslon for a singular being, Scâxslâ for more than one).

Pronunciation – SKAHCH-slon and SKAHCH-slah with the ‘ch’ pronounced as it would be in the word ‘Loch’.

To expand on this concept of an overarching terminology for supernatural being, we will compare the terms/concepts of Germanic ‘Wights’ and ‘Fylgja’, Greek ‘Daímōn /Daímones, Roman ‘Genii Loci’ and ‘Genius’ to find commonalities as to expound on what we can know about a possible indigenous Continental Celtic concept.

“While in most cases the word wiht is used in reference to supernatural beings, the word can also be used for any living creature. Supernaturally speaking, Dweorg(dwarfs), Ylfe (elves), Ēotenas (Ettins), general spirits and even the gods can fall under the heading of Wihta. So really, the idea of wight-worship is all encompassing thing that has no real or defined characteristics.

Most modern practitioners see wights as beings connected to nature, a concept based mostly on the Norse Landvættir. The idea that wihta could inhabit geographic locations of importance is not a Norse-specific concept, though. Nature-wight worship was so prevalent in Anglo-Saxon England, that specific laws had to be enacted to put an end to it”[11].

Fylgja – The word fylgja means ‘follower’ and acted as a guardian spirit to an individual or family, which could appear as an animal or women. Those who saw their fylgja often did through a second sight or in sleep/dreams. Seeing it was considered unlucky, as in stories, those who witnessed their own fylgja would die. It’s theorized that the fylgja is a part of the ‘Heathen’ soul and how it appears depends on the individual itself[13].

Daímōn /Daímones – The term δαίμων itsefl means ‘dispenser, tutelary deity’ or ‘god/goddess, departed soul, divine power, guardian spirit’[15]. This points to the idea of a supernatural being dispensing something towards another being, such as beneficent material or perhaps fate.

The term is broadly applied to nature spirits, heroes, gods, and even guardian spirits[16]. We see terms such as ‘Genethlios Daímōn’ (birth/familial spirit) used by Porphyry and Pindar[17][18], which parallels the Germanic concept of the ‘Fylgja’ in a way. The philosopher Socrates was reputed to have had a personal ‘Daímōn’ which alerted him to certain situations, but never determined his choice. As we can see, ‘Daímōn’ was an encompassing term for spirit, whether tutelary, overarching, or even personal.

Like the house wight, Daímones could also be a protector of the house hold in one form; the Agathos Daimon[19].

Genii/Genius – The term ‘Genius’ comes from Proto-Indo-European *Genh (to beget, produce, give birth), implying both deity or guardian spirit of a person/place/etc, a term comparable to δαίμων in function[20]. This term also implies a general divine nature that is present in every person, place or thing, pointing to an animistic outlook or sorts[21].

This concept is interchangable with the Hellenic ‘Daímōn’. In fact, the imperial cult of Genius Augusti demonstrates veneration towards ‘Augustus’ via his ‘genius’, rather than directly to Augustus himself[22].

As we’ve seen with both Wights, and Daímones, the Genii have their own comparable house spirit subdivison; the Lares[23]. The etymology of ‘Lar’ is uncertain, but it is thought to be from Etruscan ‘Lar’, meaning ‘Lord’[24].

From the very brief examinations, we see that wights, daimonēs, and genii are incredibly broad in scope and terminology, pertaining to mostly supernatural (and at times mundane) beings. We also see that in these respective religions that there are concepts of guardian spirits that are part of or are separate from the soul of an individual and/or their families, and also the hearth/homestead.

Drawing comparisons from these religions, we can see at least three categories of supernatural beings, outside of the gods and ancestors;

As implied, there are many subdivisions of supernatural beings that can be extrapolated at later dates. For now, we will focus on naming these three categories for both general Gaulish and Belgic praxis.
To repeat the template:

As stated, we prefer to use the neuter form as is traditionally inline with both Insular Celtic praxis and the surrounding cultures.

Sidenote: If one is inclined, and adopts the practice of placating/venerating one’s guardian spirit (whichever name they choose), a good practice would be to offer to it and celebrate it on one’s birthday (Pennoblêdanî/Gnatodîos). 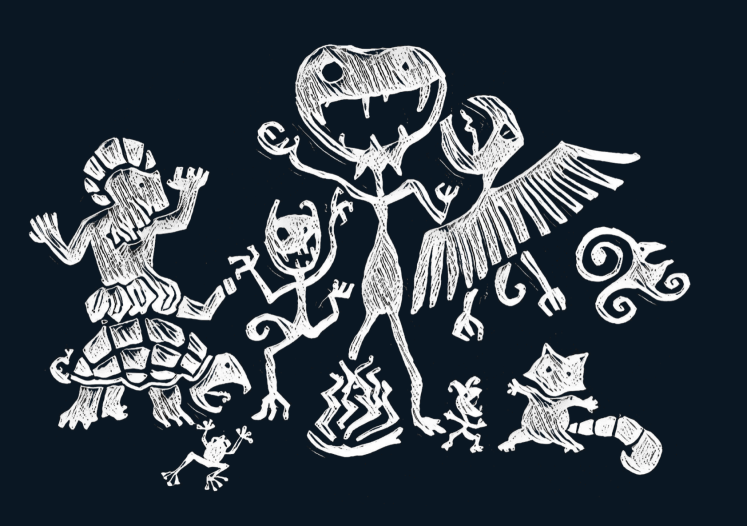