There is no certain etymology on Her name, only rough guesses by using both Celtic and Germanic languages. One possible Late ‘Celtic’ reconstruction could be ‘She who is by the sea’. This comes from the idea of the Welsh word halen/halaen being ‘salt’ and heli being ‘sea’. This idea is also supported by noticing that several places in North Holland and Friesland have the word ‘hell’, which points to salt marshes in the tidal area. This etymology is proposed by Patricia De Bernardo Stempel[1].

A Germanic construction could come from the reconstructed *Nebh (wetness, humidity, fog, mist, cloud), the Proto-Germanic *helaną (hide, conceal) and/or -lennia from Gothic linnan (vanish, go away, disappear), giving us a meaning akin to “She who disappears in the fog”[2].

The Germanic construction could link Her to Frau Holle.

Edit as of December 3, 2019: We’ve since added a Celticized version of Her theonym, assuming sound changes from P. Germanic to Gaulish.

Function: Nehalennia is a goddess that is hard to have a complete view of. All we can know for certain is that she was a patron of merchants and ships that went to and from Britain, as evidenced by inscriptions found. However, this does not mean we can’t interpret Her iconography in a way that gives us a more fleshed out view of what She could have been.

In almost all depictions, Nehalennia has a benign dog at her feet[3]. This symbol is often taken as representation of hunting or the underworld or both. It’s argued that because Artemis-Diana was also worshiped in the west and was also a patron of seafaring travelers, we could utilize intrepretatio in this instance. An issue with this is that She was never classically interpreted with a Roman goddess on any inscription. The dog could also represent general protection. To say definitively what the representation could have been is impossible.

However, if she was in fact linked to the underworld or death in general, she could be linked to a myth that Procopius told of involving the North Sea coast opposite of Britain.

“They imagine that the souls of the dead are transported to that island. On the coast of the continent there dwell under Frankish sovereignty, but hitherto exempt from all taxation, fishers and farmers, whose duty it is to ferry the souls over. This duty they take in turn. Those to whom it falls on any night, go to bed at dusk; at midnight they hear a knocking at their door, and muffled voices calling. Immediately they rise, go to the shore, and there see empty boats, not their own but strange ones, they go on board and seize the oars. When the boat is under way, they perceive that she is laden choke-full, with her gunwales hardly a finger’s breadth above water. Yet they see no one, and in an hour’s time they touch land, which one of their own craft would take a day and a night to do. Arrived at Brittia, the boat speedily unloads, and becomes so light that she only dips her keel in the wave. Neither on the voyage nor at landing do they see any one, but they hear a voice loudly asking each one his name and country. Women that have crossed give their husbands’ names.”[4]

This account could have been an re-telling of a report by a Frankish or Angle ambassador[5], but even still it can hold an opportunity to give Her a better understanding for Senobessus Bolgon. As H. Wagenvoort states, it could’ve been that Nehalennia was prayed to when a loved one died, and petitioned to guide them to a blessed Isle in return for a dedication or altar was raised for Her. [6]

Miranda Green suggests that She “may have evoked the image of spring and the reawakening of seafaring after winter”[7], which lends itself to our hypothetical festival Giamouretîmâ. Green also says that “marine imagery of sea-monsters or dolphins may represent the journey of the soul across the water to the Isles of the Blessed-”[8], lending of little more to the idea of Nehalennia taking on a psychopomp role. Nehalennia was also associated with Neptune[9] in some depictions, lending more influence to the idea that she was invoked for safe passage in the sea, a psychopomp role, and agricultural purposes.

For the most part, HR Ellis Davidson agrees with Green but favors calling Nehalennia a Germanic goddess, rather than Celtic. [10]

Iconography: Ships, bow (navigation), oars, a benign dog, cornucopia of fruit and bread, a duivekater, a veil or cloak.

Interpretatio Romana: Miranda Green identifies Her with Fortuna in the sense that Nehalennia leads men who travel the sea where as Fortuna leads men through the hazards of life[11]. She also identifies Her with Proserpina and Victory, suggesting a victory of Nehalennia over death[12]. Hendrik Wagenvoort sees Her as a hypostasis of Artemis-Diana, referring to old drawings of an altar with the depiction of what he determines to be a hunter with a cudgel from which a hare hangs, and on one side of another altar he remarks that a boar head with loaves and fruit on either side[13].

Senobessus Bolgon interpretation: Nehalennia is a goddess presiding over the agriculture and fertility of the land but also bodies of water that hold importance to trade, if not bodies of water in general. She guides the souls of the dead via ship to an Isle of the Blessed akin to Elysium. She is also the goddess who has a link to the winter months and once She is released, spring and summer can come. It wouldn’t be too far off to say Nehalennia takes a role similar to Frau Holle or Cailleach Beira. She is one of the greatest links between the Celtic and Germanic, in terms of linguistics and religion, which gives Her a chief role in Senobessus Bolgon. 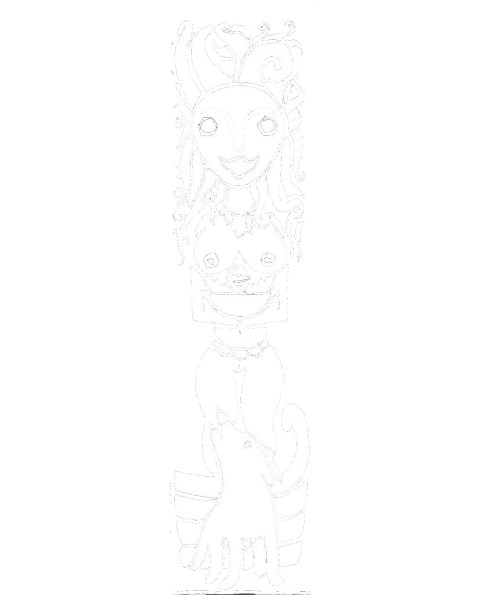 5.  Anglo Saxon England and the Norman Conquest by H.R. Loyn