Meaning of the name: Both of these names are constructions, but within slightly different modes of thinking.

The theonym *Certonâ is made by applying sound changes to Proto-Germanic ‘*herþaz’ (Hearth)[1], essentially Gallicizing the word into *Certos, and adding the attested thenonymic suffix -onâ. This yields “Divine hearth” or “Hearth Goddess” with connotations to Hearthfire.

The second theonym is a direct borrowing from the proto-Indo-European reconstruction *Wéstyā (She of the household) [2], applying simple orthographic changes. This theonym is thus simultaneously demarcated and related to the Greek ‘Hestia’[3] and Roman ‘Vesta’[4].  Either theonym is fine for usage.

Pronunciation: Ker-TAW-nah / WEST-yah. The r, as usual, is trilled. The initial consonant in Ker would have a guttural pronunciation like the ‘ch’ in Loch.

Function: Many examples of heart goddesses exist to the point where it would yield absolutely no new results when re-inventing the wheel. Sundorwīc Hearth’s extrapolation of Frīg [5] (which I am credited as a help to sourcing at the bottom) and Nemeton Segomâros’ extrapolation of Brigantiâ [6] are excellent in showing the role that *Certonâ / *U̯estiâ would have.

Serith: “Fire is a doorway between our world and the next; that which is burned in it goes up to the celestial gods, up the pillar of smoke as if up the axis mundi. Wéstyā incorporates all of these themes. She is that without which we can not worship the gods, can not even live in our homes. Without her, we have no right to live on our land.”

This demonstrates that while Brigantiâ may have been titled for mountains, and hills, it could also have a poetic meaning pertaining to smoke and fire, pointing to hearth functionality.

All of this would demonstrate that *Certonâ / *U̯estiâ would have rule over the hearth, heat, hospitality of guests, and be one who helps deliver our worship via hearth/ and other sacred flames.

Iconography: As mentioned by Wōdgar Inguing: “In terms of iconography, we are provided with a variety of options. We know that the cults of Hestia and Vesta were largely aniconic and that anthropomorphic representations of the Goddess were added later.”

Given that Olmsted notes that Brigantiâ is interpretatio’d to Victoria[9], we can see the spear, shield and helmet as protectorate symbology.

Serith has this to say:  “Wéstyā is the least personified of the Proto-Indo-European deities, being actually present in the flame on the hearth and therefore having little need of personification.[10]”

Even though an aniconic approach may be used, any flame imagery or personification may also work to represent *Certonâ / *U̯estiâ.

Attested Sources: None. These theonyms are an applied animism to Belgic hearth cultus. This does not mean She is a new god, but rather these names are newly gifted to this Being whom domain over the *Certos / *herþaz is paramount.

Interpretatio Romana: As there are no attestations, it would be clear that there is no classical I.R. for *Certonâ / *U̯estiâ. Contemporarily however, we would see Vesta as the Roman equivalent par excellence.

Senobessus Bolgon interpretation: *Certonâ / *U̯estiâ is the fire god whom presides over our *Certos. She is the guardian of the home, alongside our tegoscâxslâ/ scâxslâ tegios (tegosiâ). When She is in Her liminal capacity, She is offered to first and/or last at the end of hearth cult, making Her a required god of utmost importance, lest She ‘go for a walk’ and one’s *Certos burns down. Bread, water, salt, pork, milk and clarified butter would be excellent choices for offerings to Her. 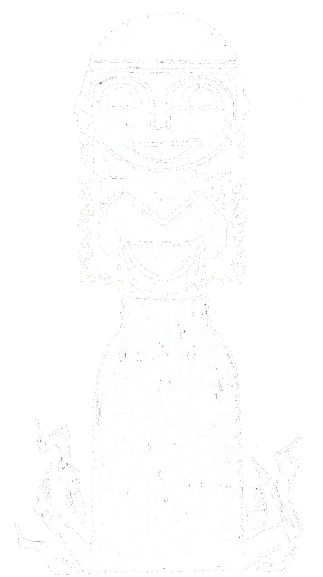